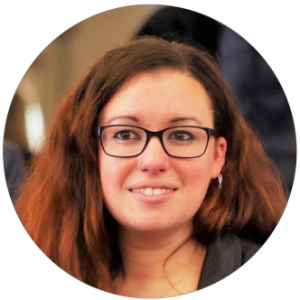 Personally, I love  exploring old buildings. Those that tell the stories of men and women, builders of castles or churches, villages or palaces. And I’m in luck! At Mont Saint-Michel – Normandy, we know all about old buildings!

Each village has its own history, sometimes thousands of years old, with its churches or dungeons, its “place du château” or its Abbey. Why not come and discover these traces of the past, from Mont Saint-Michel to  the Mortainais mountains? Today, I have a very special little corner of Normandy to show you, hidden away in its valleys and behind its hedges: the Cistercian Savigny Abbey!

A rather well hidden Abbey, I would have to say.

To reach Savigny-le-Vieux Abbey, you can take the small winding country roads on foot, by bike or by car. The abbey is located to the south of  Saint-Hilaire-du-Harcouët, about 8 km away. And when you finally arrive at the square, at the bend in the road, you’ll see the Abbey reveal itself from below: its walls rising from a carpet of green grass. From here, you can look down towards the abbey, before making your way down: it almost feels like something from another world.

The Savigny Abbey was the most important abbey in the whole of the South Channel, much more so than  that of Mont Saint-Michel, which is now world famous. But how did an abbey of such great importance find itself in its current state, while Mont Saint-Michel has thrived?

The answer is simple – just two words and a date: The French Revolution of 1789. This Revolution, or rather its consequences in 1790, transformed the Abbey of the Mont Saint-Michel into a prison (but that’s a matter for another article, if you fancy it) and that of Savigny into a stone quarry. Bought by a couple of Saint-Hilairiens, the Abbey was then sold stone by stone to the locals to build their homes.

Arcisse de Caumont, the founder of the French Archaeological Society, moved to Savigny and ultimately decided to buy the Romanesque gate in 1838, now known as the “Porte Saint Louis”, in order to preserve it from destruction and looting. But looting continued on the rest of the monument, until the gate, refectory and church were listed as a historical monument in 1924.

The Savigny Abbey was then saved! Or at least, what was left of it …

The largest Abbey in the region

Visiting the site now, it is rather difficult to imagine how important this abbey could have been when faced with such remains. And yet, for comparison, it has welcomed as many as 120 monks – while the Mont Saint-Michel monastery has hardly exceeded 60.

In the beginning, Saint Vital

The year 1112 is generally remembered as the year of Savigny Abbey’s foundation. Its founder, Vital, obtained his land from Count Raoul de Fougères, in order to house his community of faithful followers. Before then, Vital had been living in the forest of Fougères, where he and his followers were scaring off the Count’s game! Now with land of their own, Count Raoul could continue to hunt on his lands in complete peace.

Initially an all-male monastery, the priory of La Blanche was later built at Mortain, (today Abbaye Blanche, yet another interesting subject we’d love to tell you about) to welcome women, under the authority of Adeline, Vital’s sister.

Influence beyond the English Channel

Over the years and centuries, the Savigny Abbey – attached to the Cistercian order – extended its influence over Normandy, but was of particular significance across the Channel, in England, where Vital had served as a preacher. On the strength of its success, the abbey founded 35 daughter houses over 35 years, which themselves would go on to found daughters. There are no less than 75 daughter and grand-daughter houses affiliated to Savigny, not including priories and small houses.

The priory and the abbey are both monasteries: places of life and worship for monks and nuns, who live according to a monastic rule. At Savigny, monks follow the rule of Saint-Benoît. However, if an abbey is independent, the priory depends on an abbey. Therefore, the Mortain priory was dependant on Savigny Abbey, before becoming an abbey in its own right.

The abbey was to flourish, both geographically and spiritually, continuously until the French Revolution, whereupon it began its decline.

From abbey to stone quarry

In 1790 in France, one year after the storming of the Bastille, members of the clergy had to sign a document called “The Civil Constitution of the Clergy”. This document invited members of the clergy (priests, monks, abbots, and bishops, etc.) to take an oath – first to the Nation and then to God – in order to reorganise the French clergy. If they refused to sign, the luckiest would merely be exiled and imprisoned as refractory priests, while the others would quite simply lose their heads.

But let’s come back to Savigny Abbey, which we left still prosperous – or at least intact – until the French Revolution. Like all other monasteries, the monks were asked to leave the premises. From there, the locals went on a rampage. They burnt, destroyed or stole all they could find in the abbey! Finally, in December 1791, a couple from Saint-Hilairiens, the Porphyres-Jacquemonts, bought the abbey and decided to transform it into a stone quarry!

50 years later, the abbey was nothing but ruins. The most beautiful stones were sold, while doors or entire arcades were moved to be reconstructed elsewhere, and furniture, statues and relics were relocated.

It wouldn’t be until 1838 and the intervention of Arcisse de Caumont that the abbey’s restoration could be envisaged, but the damage had already been done.

Savignian heritage around the world

It’s true that today, it is difficult to imagine the greatness of this abbey, its growth, its treasures or its influence. But all those who know how to look, Savigny hasn’t completely disappeared.

The daughter houses of Savigny

The influence of this abbey was such that many Savigny abbeys, particularly in England, are daughter or granddaughter houses of the mother abbey, Savigny.

The closest one, the Abbaye Blanche de Mortain was the first born of Savigny, although many more prestigious abbeys would follow, well known in the study of history. For example, we have Port Royal, near Paris, embroiled in the heart of a political and religious scandal under Louis XIV, today in ruins but home to a museum; or the abbey of Vaux de Cernay, the direct daughter of Savigny and mother of Port Royal, which today houses a hotel.

In 1147, these abbeys changed order and joined the order of Cîteaux: one of the most widespread orders in the Middle Ages, and which was very similar to the Savignian order. From there, their growth became exponential: these daughter and granddaughter houses, then Cistercian, would thrive until 1308!

For those who see themselves as a bit of a Sherlock Holmes, who like to investigate and assemble the clues, you can go out in search of the traces of the Savigny Abbey in the surrounding areas.

Without going very far, head towards the small town of Savigny-le-Vieux, where the obelisk that once stood in the heart of the cloister is enthroned in the centre of the town, at the foot of the parish church. And if you happen to pass by on a lucky day when the church is open, you will be able to admire the choir stalls of the abbey church, the recumbent statue of Abbot Leverrier and the tomb-mausoleum of Saint-Vital.

The Château des Louvellières, within the commune of Le Teilleul, has inherited several arcades from the Savigny Abbey, as well as the entrance to the abbey church by the choir monks’ cloister.

Note: The Château des Louvellières is a private property – it is not possible to visit. possible de le visiter.

What about the rest?

Traces of Savigny can be found everywhere around the site and in the surrounding communes.

In Mortain-Bocage, for example, in the collegiate church, you can see the tricolour marble altar that was once found in the abbey church; the organ and its case are now in the cathedral of Coutances, along with the choir’s grille; in Mayenne and Ernée, you can see the altars of Savigny’s transept; while in the church of Moulines, the pulpit of the refectory has been reinstalled in the parish church.

And of course, there is not a house built in the area in the 19th century without at least one stone taken from this abbey that had become a quarry. After all, in Savigny, as everywhere else, Antoine Lavoisier’s famous maxim rings true: “nothing is lost, nothing is created, everything is transformed”

Do you want to visit the Savigny Abbey and discover all of its secrets? Get in touch with Myriam Bierjon, Amélie Saint-James, Marie Anfray or Gaëlle Lotton, our guides and speakers specialised in the subject!