Crowning a granite islet in the heart of the bay, the site of the highest tides in Europe, the abbey of Mont-Saint-Michel was first a famous monastery, then an unspoiled fortress and a fearsome prison.

The health pass is obligatory to visit the abbey.

Founded at the request of Archangel Michael by the Bishop of Avranches, Aubert, the first sanctuary was consecrated on 16 October 709. It was to become the heart of a great Benedictine abbey, renowned in the Middle Ages for its treasury and rich library.

Having become a prison during the French Revolution, the Abbey was magnificently restored from the end of the 19th century onwards. It is now open to the public all year round and managed by the Centre des monuments nationaux. The visit allows you to discover all the spaces dedicated to daily life (refectory, cloister, scriptorium), religious life (abbey church, chapels, crypts) and the reception of pilgrims (chaplaincy, guest room).

A masterpiece of architecture

The layout of the abbey cannot be compared to that of any other monastery.

The buildings defy the laws of balance, wrapping themselves around the point of the rock. They offer a panorama of the technical knowledge of mediaeval religious architecture, from the Carolingian period to the Flamboyant Gothic. At the top, the abbey church rests on crypts built into the rocks themselves. Next to the Romanesque church and monasteries built between the 10th and 12th centuries, the monks and their builders constructed a masterpiece of Gothic architecture at the beginning of the 13th century: the Merveille, composed of two buildings over three levels. Its cloister, suspended between heaven and earth, harmoniously blends Chausey granite, Caen stone and English Purbeck marble.

“That Merveille, that prodigious superposition of all types of architecture used in the Middle Ages! »

The Archangel Michael, whose name in Hebrew means “who is like God”, appears in the Bible as the leader of the heavenly legions, often depicted as an armed knight fighting Satan. His following, which developed in the East in the 5th century, spread throughout the West and made Mont-Saint-Michel one of the greatest pilgrimages in Christianity, along with Rome, Santiago de Compostela and Jerusalem.
To welcome pilgrims, an initial community of Benedictines settled on the Mount in 966, replaced in 1622 by Maurists. Driven out during the French Revolution, the monks reoccupied the premises in 1966, the millennial anniversary of the abbey’s foundation. Since 2001, twelve brothers and sisters from the Monastic Fraternities of Jerusalem have taken up the baton; they celebrate daily services in the abbey church and welcome pilgrims and visitors from all over the world.

The culture of the archangel across Europe

The Norman rock is not the only place dedicated to Saint-Michel: other shrines have been developed along a line known as the Sword of the Archangel, which runs through Europe towards Jerusalem. Among the main ones:

For centuries, a network of pilgrimage routes known as paths to paradise have linked these sites to the Mount. Even today, these are trekked not only by pilgrims with their passports, but also by hikers and those setting off in search of meaning. Since 1998, this network has been restored and promoted by the Les Chemins du Mont Saint-Michel association.

The monument continues to extend its influence in the 21st century, with its varied cultural programme: in addition to classical and themed tours, it offers concerts, exhibitions, contemporary shows, and much more.

Now it’s your turn to open the doors and immerse yourself in history of this truly unique location. Fancy walking through the roofs of the choir? Choose the “In the archangel’s heavens” tour. An experience for both young and old? Opt for the “Family tour“. Curious to discover the dungeons and the abbey prison? Book the “The Bastille of the sea and its dungeons” tour!

Last entry will be one hour before closing time (last slot: 4:45 pm).

A single direction of visit and a limited number of visitors are intended to ensure the protection of all, visitors and staff.

Animals are not allowed in the abbey (they are permitted in the village). 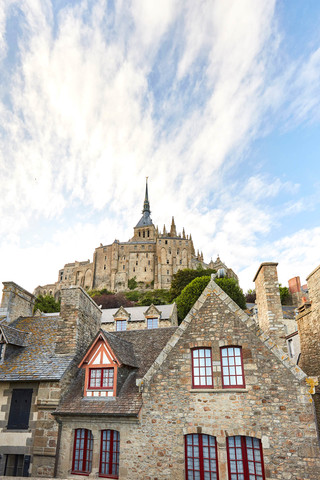 Our history is told 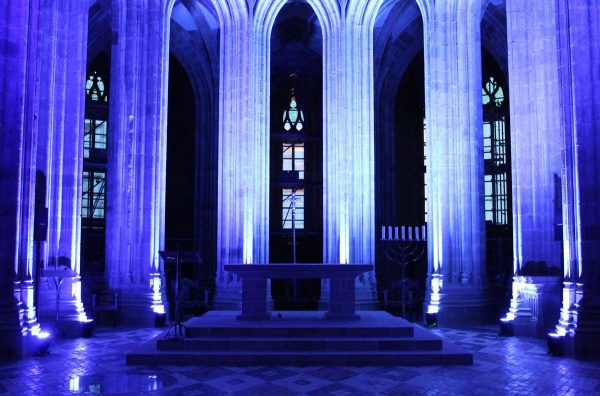 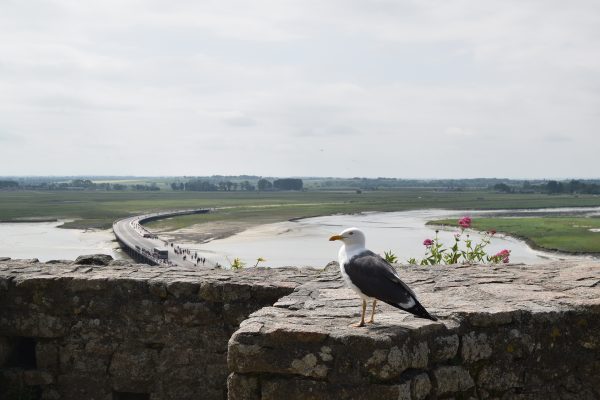