For nearly 1000 years, Mont Saint-Michel has been one of the most popular places of pilgrimage in the West, along with Santiago de Compostela, Jerusalem and Rome. Men, women and children reach Mont Saint-Michel on foot along roads known as “paths to paradise”.

Various historical paths are therefore marked out across Europe, coming from England, Belgium or Italy: one of the longest (1,800 km!) starts from Mount Gargano, in southern Italy, from the sacred cave of Monte Sant’Angelo, the first European sanctuary dedicated to Saint Michael.

Created in 1998, the « Les Chemins du Mont-Saint-Michel » association is dedicated to rediscovering, restoring and promoting the ancient pilgrimage routes leading to the famous Norman sanctuary dedicated to Saint Michael.

These inventories allow the association to extend the network of the Paths of Saint Michael to other European countries and to renew links connecting the Mount with the great sites dedicated to the Archangel Michael across Europe, in all the lands crossed by these legendary routes.

Today’s pilgrims, more often motivated by the desire for a chance to escape or return to one’s roots on a historic hiking path, can find guides and advice to help them succeed on their journey:

Monte-Sant’Angelo, with about 13,000 inhabitants, is located in the Puglia region in southern Italy. This Italian city is home to one of the most famous shrines dedicated to the Archangel Saint Michael, on Monte Gargano (Mount Gargano). It attracts between 1.5 and 2 million pilgrims each year.

According to the legend, in the 7th century, Aubert (bishop of Avranches),  built the first sanctuary (circular in shape) in honour of St Michael, on Mont Tombe, inspired by the grotto of Mount Gargano. It is from this site that he brought back relics of St Michael.

Since their respective foundations, the Italian and Norman sanctuaries have been linked. As the Archangel is said to have appeared in these two sites, the Italian mayor of Monte-Sant’Angelo therefore hoped to create a stronger connection between these two sites dedicated to the Archangel. On 5 May 2019, a twinning pact was therefore signed between the two cities to enable the implementation of specific cultural and tourist projects and to promote European exchanges.

Pilgrims in the Middle Ages had many nicknames, which we still find today in our daily lives. Thus, the “michelet” of yesteryear gave its name to many French families: Michel, Michiel, Michelet, Michelin, Michelon, Le Michel, and many more – who often have a shell on their coat of arms.

In Gargantua, Rabelais nicknamed them micquelots, and had six of them eaten as a salad by the giant in chapter 38: “carried them away into the gulf of his stomach.   Nevertheless, skipping with their bourdons, as St Michael’s palmers used to do, they sheltered themselves from the danger of that inundation under the banks of his teeth.” »

Nowadays, pilgrims have their “pilgrim passport” stamped at each stage of their journey, to offer proof of their pilgrimage. At the Mont Saint-Michel Tourist Office, each Miquelot can have their passport stamped in recognition of their passage through this most holy place of pilgrimage.

The “pastoureaux” (shepherds) were those children or adolescents who, alone and at the risk of their lives, undertook this pilgrimage – carried by an immense faith. Many villages and places now bear their names. 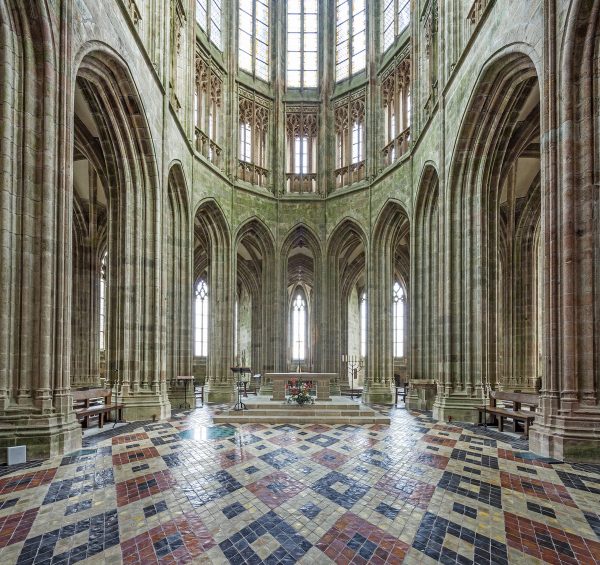 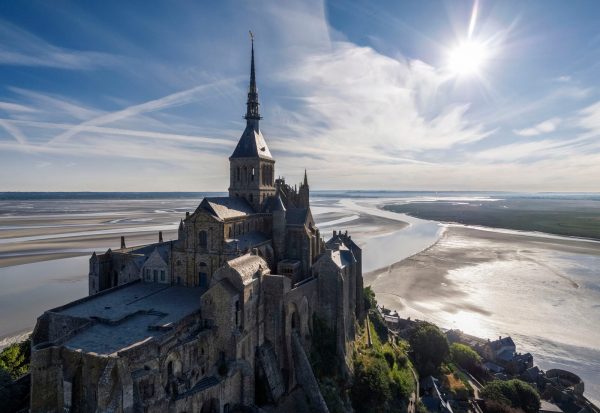 The Crossings of the bay, in the footsteps of pilgrims