In the Middle Ages, and since its creation, Mont Saint-Michel was dedicated to Saint Michael. From its very origin, therefore, it has been a great place of pilgrimage celebrated throughout Europe. Today, as well as being a world-renowned tourist mecca, Mont Saint-Michel retains its spiritual value, with many pilgrims arriving every day for Saint Michael.

Who is Saint Michael ?

There are three archangels: Saint Raphael (‘God heals’ in Hebrew), Saint Gabriel (‘God is strong’) and Saint Michael (‘Like God’). This final archangel is the “Prince of Angels” who commands the “heavenly armies”. And as he is the leader of the heavenly militia, he is always represented in armour, brandishing a spear or a sword and overthrowing Satan (represented as a dragon) who lies at his feet. Through this, he symbolises the victory of good over evil.  However, the archangel is also the weigher of souls on Judgment Day. He guides and escorts them to the afterlife. It’s for this reason that he can also be seen holding a scale in one hand.

In 1944, at the time of the Normandy Landings,  the British paratroopers of the 2nd SAS (Special Air Force), who landed on French soil to join the Resistance received a small medal bearing the effigy of Saint Michael from their chaplain. These medals also depicted Saint Joan of Arc on the reverse. After heavy fighting, the paratroopers would have to go into hiding, in civilian clothes, before they could resume their battle. Their rallying sign was this medal. Since that day, all parachutists have adopted St Michael as their patron saint.

Every year, on 29 September  (Saint Michael’s Day) dozens of parachutists are dropped over this mythical rock, honouring their patron saint. Consult our calendar to find this annual event.

Saint Michael is also the patron saint of pastry cooks, bakers and fencers

Why make a pilgrimage to Mont Saint-Michel ?

For nearly 1000 years, pilgrims have flocked to Mont Saint-Michel to ask for the assurance of eternal life from the Archangel of Judgement, Saint Michael. In the year 708, this same archangel would come to disturb the dreams of Bishop Aubert of Avranches, three times, asking him to build a sanctuary in his honour on Mont Tombe. At that time, three mountains emerged from the bay: Mount Tombe, the rock of Tombelaine and Mount Dol.

To create a sanctuary on this rock – to build it stone after stone, to make it bigger, more beautiful, and higher – is to offer a meeting place between man and God. The splendour of the place, the glory of the Archangel and the beauty of the buildings quickly set many pilgrims on their way to Mont Saint-Michel.

What message is carried by the sanctuary of Mont Saint-Michel ?

Visiting Mont Saint-Michel is a voyage full of dangers. Crossing the bay of Mont Saint-Michel – on foot, in the sands, and crossing the rivers,  taking into consideration the tides and the weather conditions – might we compare this to the Hebrews’ walk through the desert on their way to the heavenly Jerusalem?

The pilgrim must then go beyond all their certainties and physical capacities and find inner strength to reach the end of their journey. And even after reaching the rock, we then have to climb all those many steps to reach the divine world above us and rub shoulders with the archangel.

To undertake a pilgrimage to Mont Saint-Michel is to truly take stock of the daily struggles that inhabit mankind: Pride and humility, moderation and excess, God and the devil, Good and Evil … Saint Michael is, for believers, “the one who leads our struggles, our inner and outer struggles, the struggles of our human life”.

What do we ask of Saint Michael the Archangel ?

The Archangel Saint Michael presides over us at the top of the abbey’s spire. With his sword, he defeats evil, represented by a dragon. He is the ferryman of souls, giving the last judgment and opening the routes to hell or heaven. He is an immaterial being – no relics of him are worshipped – yet he is prayed to by believers around the world.

When we come to Mont Saint-Michel, we come to pray to Saint Michael to:

The sanctuary is attached to the Diocese of Coutances, and is open all year round, every day from 9 am to 10 pm at the Saint-Pierre church, while the abbey is subject to set visiting hours.

The Villes Sanctuaires in France association

The Mont Saint-Michel Shrine actively participates, as a founding member, in the promotional activities of the Villes Sanctuaire in France, which brings together 19 destinations in France whose pilgrimage activity is recognised both nationally and internationally.

The members of the association are either secular (Tourist Offices) or religious (sanctuaries, rectors, etc.). They unite around the same desire to facilitate the stay of pilgrims, to respond with a single voice to the needs of pilgrimage organisers, and to reflect on the tools to be implemented in order to improve and promote communication on events related to the topic.

To find out more about this association, the www.villes-sanctuaires.com website is regularly updated to offer you all the information you’ll need about each sanctuary city and its latest news. 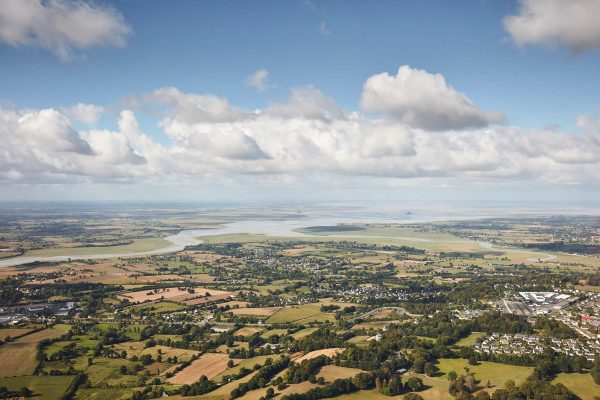 The paths of Saint-Michel 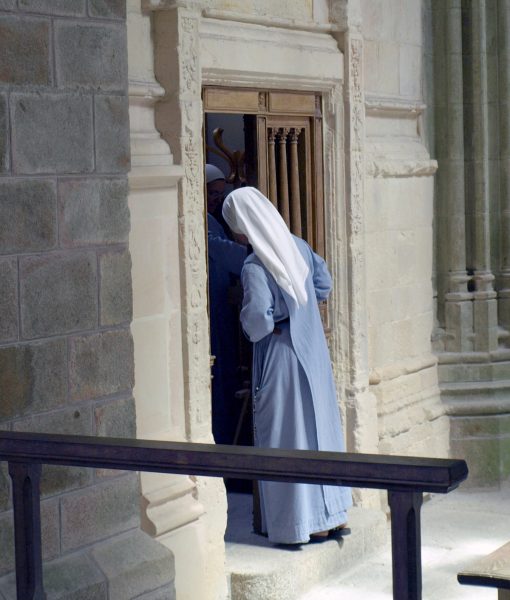 The Monastic Fraternities of Jerusalem, times of masses